Please select the desired inseam below. Any inseam other than 33" will need to be custom hemmed.

Note: Hemming can take an extra 5-7 business days, so please plan accordingly.
Due to the customized nature of hemming, we are unable to allow returns for custom hemmed pants.

Reserve this item in store?
Select A Size
Select Hem Length
Preorder
Add to bag
Add to bundle
Notify me when available
Find my fit DON'T SEE YOUR SIZE? Click here to be notified when it is back in stock.

This new version of our bestselling Commuter Pant combines everything you love about the original with some important upgrades. The leg is completely streamlined for a more versatile look and the Captain's Stitch gets dyed to match each color perfectly.

Free standard shipping on all orders.

We offer 45 day returns on all products, excluding Surplus items and underwear.

Products made for the way men live, work & Sweat

Products made for the way men live, work & Sweat

Thank you for submitting a review!

Your input is very much appreciated. Share it with your friends so they can enjoy it too!

The materials used in the commuter pants are innovative and comfortable. So much kudos goes to the design of the pants. Was skeptical to buy 5 pants without actually seeing, feeling or trying on the pants, but I’m glad I did. Pants are true to size so keep that in mind. Only improvement I would add, I like my dress pants a little more tailored at the bottom, the pant opening at the end is more of a ‘straight’ leg.

Super great pants. Love the fit and how they move. Look is great for office, relax, as well golf course.

Commuter pants are the most comfortable work pants I have ever purchased. I own 10 pairs and wear them every day even for recreation and travel. I recommend them to everyone I know.

I love everything about these pants...perhaps except for the "line dry" instructions.

“Your butt looks awful in those pants” says the girlfriend, but before she said it I already knew. The cut just isn’t right for me, especially because the waist and length do fit me correctly. I love each of the 5 pairs of rhone shorts that I own and thought the pants would be my next favorite thing — unfortunately not the case. Aside from the fit (maybe it will work for you?), I also find the pants to be a little clingy in the pockets. The phone pocket and zipper back pocket are awesome, but if I put anything in the regular pockets I find that sitting and walking are very uncomfortable

I now prefer the commuter

I now prefer the commuter pant over my Lululemon ABC pants

These folks are pros. They use good materials and it shows in the end product.

Good experience. Attractive photos, good descriptions and sizing. (I’m a 34-35” waist... hate having only even size options. Also like the 33” inseam.) Easy ordering and quick delivery. Like the fit and quality.

Nothing out of the ordinary

Too big for me and I can't exchange it. Material is more shiny than i'd like.

I'm a customer for life

Easily the best pants I've ever worn. Materials are incredible. Fit is 10/10. I am a Rhone customer for life!

Extremely comfortable and great for an active work pant. Looks great with a polo or more casual look. Easy replacement for the chino or nicer jean. 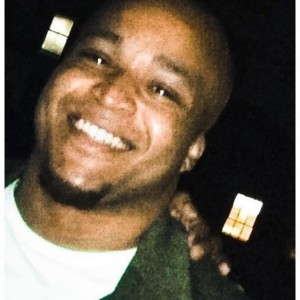 Great product for an active lifestyle. You can wear these pants to work, a quick pit stop at the gym, a day party and even run full sprint without risk of tearing the inseam! 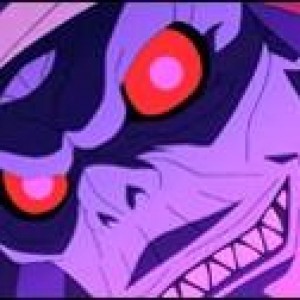 Good at promotional rate (fifty or so)

Solicf pants, could probably pass for biz casual if not for the contesting sailor stitch on the leg. A little looser than I'd usually wear work trousers but comfortable, pretty substantial fabric, obviously very strtchy. Main issue I have, and I have it on every pair of commutor joggers (but not new computer slims) is the button - it just won't stay shut, despite the waist being the right size. If I move in a certain way, the button will pop open, guaranteed. Idk if it's the hardware itself or the cut. There's something abt the button that just doesn't work. Maybe it's just me but I feel like I've seen reviews mentioning it from others. The other thing I'll note it's it's kinda tight up top from the waste to thighs then it's loose the rest the way down. A little odd. So I'd say, runs small upntop and large further down. All that said, they're kinda neat. You could wear them all day, look presentable for the most part, then go rock climbing or whatever you like to do and they'll get the job done. Maybe it's just my pair(s) that have screwy buttons.

I love Rhone clothing. These pants are amazing. The cut is phenomenal and the material is great. My only problem was how tight they were on my thigh. I have an unusually thick thigh for my waist ratio. Can’t fault Rhone for that. I highly recommend.

Learn More About The Commuter Pant

Our shirts are made with the most advanced technology available to increase your performance and take your workouts to the next level. Beyond moisture wicking and cooling technology, SilverTech and GoldFusion in our men’s fitness apparel means your shirts will dry faster and fight odor longer. We were picked by GQ as the best odor-fighting brand for men. What does this mean for you? Your Rhone t-shirts have much faster drying times than the competition. Odor-fighting that lasts over 100 washes and is eco-friendly. All of our workout shirts for men use these technologies. You will love our minimal branding and lack of large logos. Worried about having a comfortable workout shirt? Rhone’s shirts provide comfort like none other.

Browse our fitness tops collection to find the perfect short sleeve t-shirt or long sleeve athletic top for your workouts. Along with our athletic tops, our pullover tops and zip-up hoodies are a great addition to complete your performance wardrobe. Rhone is essential for the modern man who can transition from everyday life to active ventures seamlessly. We are always using innovative materials and pushing the boundaries on fitness apparel technology. Our men’s workout shirts are engineered for the gym, but can be worn everywhere in comfort. From the office conference room to a client lunch meeting, Rhone makes professional apparel comfortable and convenient.

Also view our wide variety of men’s workout pants, and workout accessories to pair with your workout shirts. You will find all the premium fitness apparel needed for intense workouts, using the same essential moisture, cooling, and odor technologies of our workout shirts.

Check out our quick (and we mean quick) 10-minute ab workout from the Rhone team to blast your abs and get your body moving...

FOMO? Trust us, we get it! We will let you know when this product is back in stock.

You'll receive a one time email when this product arrives in stock. We won't share your address with anybody else.

Thank you your submission was successful.